Doc’s House: Where a team of South Bay’s top surfers did their chores and were on time for school

[[[[Editor’s note: For a generation of Hermosa Beach surfers, Doc’s house overlooking 15th Street Beach was home to South Bay’s best surfers and a home away from home for the world’s best surfers. Doc died this month of natural causes at age 92.)

It was the summer of ’64 when I first met Doc Ackroyd. He struggled to get out in a two-foot surf on a 10-foot balsa surfboard. The pasty-skinned, freckled, slightly overweight man in his thirties had no idea how to surf. Its belly hung above the tail, pushing its nose into the air. The waves were throwing him back to shore with every hit, I was only 14. I managed to spin his board around and push him through a few small waves of whitewater. I introduced myself and Doc invited me to his house for a soda.

Doc told me he was a doctor and had just moved from Minnesota. He knew nothing about surfing and had no friends yet. He lived in a house behind the Hermosa Beach Strand on 18th Street. I surfed with Sparky Hudson, Mark Roberts and Don Craig who all lived in the same neighborhood. We were always looking for a new place to hang out after school. I invited Doc to dinner to meet my parents. My dad was the head physical therapist at the Redondo Beach Medical Clinic and he hit it off with Doc right away.

Doc was thrilled to have new friends and to be accepted into South Bay culture. My parents had Doc over for dinner every Wednesday night and Doc would tell them what I was doing. My friends convinced Doc to take us on a surf trip to San Onofre. in San Clement. Doc bought a new Ford Econoline Van for the trip. Doc was a pilot in the US Air Force and his ID allowed us to go to all the military bases. We convinced Doc to get us into a restricted area of ​​Naval Base Point Loma. It was a perfect Malibu-shaped wave with nobody. After our release, we were threatened with arrest.

Doc didn’t start out as a snowboarder, but as a good snow skier. He took me and my little brother Tim to Mammoth, where I once ran over one of Doc’s patients. Doc ran the Northrop Medical Center, and Northrop sent him on bimonthly ski trips to Europe. Once he came back with a broken right leg in a mid-body cast. My high school girlfriend, Karen Bibee, drove Doc everywhere for a month. Doc bought Karen a ticket to Australia for her degree so she could watch me surf at the World Surfing Championships.

Doc built his own Heath Kit TVs. He loved photography and had the best equipment. We convinced him to shoot us every time we went in the water. He didn’t care if it was raining, foggy or windy. If we were in the water, Doc was filming on the beach. In the 60s, every Saturday there was a TV surf show called Surf’s Up and Surfing World on Sundays. I was on the shows several times to tell about Doc’s films about my friends and me. Hap Jacobs was thrilled to see his team members on TV.

Even though Doc didn’t surf the best surf club on the coast, Windansea, was glad Doc was a member. We were the only surf club to have our own doctor. Windansea traveled to Mexico and Hawaii every year to participate in surf club competitions. Doc accompanied us by taking care of the best surfers in the world.

One year, I won two trips to Hawaii. I gave a ticket to my dad and another to Doc for Christmas. Doc rented a house on Pipeline Beach and rented a car. He took us to Maui for a week before flying home.

In the late 60s, Doc found himself in my El Camino ceramics class, with my mother, Joanne. We drove our teacher, Jack Nelson, crazy. He eventually had to separate us or cause us to fail. Doc ran out and bought a potter’s wheel and kiln so we could make our own pots at his house. 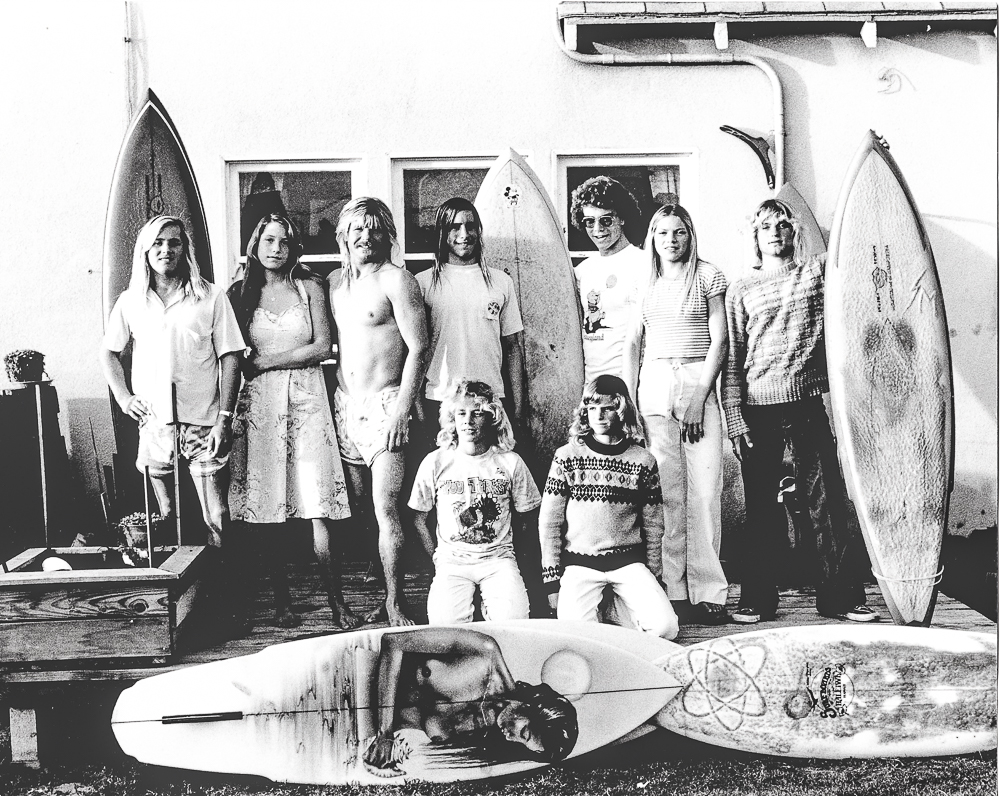 Eventually, Doc felt it was time for a change and bought a large three-bedroom, two-bathroom home at 36 15th Street in Hermosa Beach. He cut a giant window through the middle bedroom wall upstairs for the perfect view of the beach. As soon as Doc bought the house, Northrop sent him on a month-long ski trip to France and Austria. Doc asked me to move in and keep an eye on the big old house. I couldn’t wait.

The first night, I took my new girlfriend, Camille Dick, to the premiere of “The Exorcist.” I was terrified on the way home and begged my new 16 year old girlfriend to let me stay at her house. She said her father would kill us both if I did. All the bedrooms in Doc’s house were up a creaky staircase. I slept in my car parked in the driveway. Terry Stevens, South Bay’s hottest 18-year-old surfer. woke me up and asked me why I was sleeping in my car. I said I was too scared to sleep in the house. Terry said “I’m going to stay here with you”.

Terry moved in the next day and introduced me to his little protege, Mike Benavidiz, 15, who introduced us to his surfer boyfriend, Chris Barela, 14. When Doc got home, he found that the four of us had moved into his house. He immediately called a meeting with all the parents. They were delighted that their children lived with a doctor.

Doc established his rules of procedure. Rule number one was for everyone to go to school every day. Doc dropped us off on the way to work every morning. He hung a towel on the big window when it was time to get out of the water. Everyone’s parents had to contribute once a week for groceries. Doc said it was his house and not a frat party house. All the children participated in household chores. They slept on the huge beanbags Doc made down the stairs in front of the TV. Doc and I had the two large bedrooms upstairs. The kids loved it as we were right on the beach and surfed the whole time. A few months passed and two other proteges, Steve Martin, 14, and Tracy Stumbo, 13, were able to stay overnight over the weekend. We called them “The Turkeys”. They helped keep the house clean and dried our wetsuits every morning in the laundry. Everyone must be very good surfers. We called ourselves “The Hot Lips Surf Team”. If anyone stepped out of line, Doc made them look at his latest bird slides from his Audubon society. They had to recite all their proper names. Doc did the LA Times crossword every morning and got mad when Terry beat him in a game of chess every day before work.

After Mike Benevediez and Chris Barela graduated from high school, Doc bought them a surf shop on Manhattan Avenue in Manhattan Beach near the pier. It was called Fireline Surfboards. It went on for two years before they lost interest and wanted to make the rounds of professional surfing. They both did well and eventually settled down and got married. Mike is the manager of Ercoles Bar in Manhattan and Chris is an award-winning sculptor.

We drove Doc crazy for almost 10 years. He looked after us and took care of us better than anyone. Emergency room